“She began to picture what Eternal Bay must look like: how blue its waters, how golden its shores! The grasses that protrude from its ever-fertile soils must be so green and soft, the flowers that grow in its meadows must blossom in more colors than we have ever seen here on Earth, making it perfect for a lifelong picnic. Then, she began to think to herself, what would one eat at a lifelong picnic? Do you need to eat in the life beyond the bay? And certainly you wouldn’t want to eat neither plant nor flesh for it all is at one time alive, and nothing can die in that land; can it? Like the racing mind of a curious child just as they go to bed, and just as they get lost in the details of a world beyond our own, her eyes were closed and she was drifting. With so much strain weighing down the lids of her eyes she began to drift from a daydream into the depths of a full-fledged dream. She walked through the grass picking the more dead looking flowers from the field wondering why they too did not bloom, and as soon as she had a heaping handful of them they began to blossom in her hand. She felt as light as a small bird that cannot fly against a strong breeze, and she decided to sprint and leap. She did so, and began to hover over the fields. At least for the moment she was lost, and in the best sort of way.”

Arisen From Bygones On Amazon 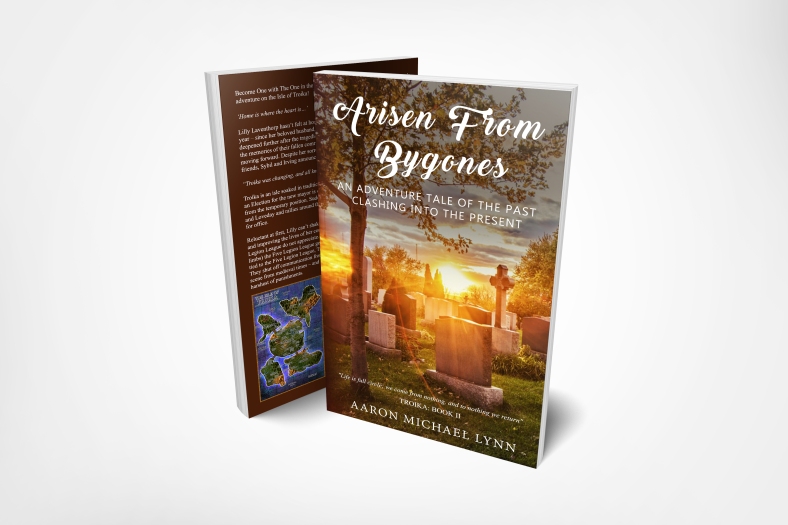 I am a marketing consultant and aspiring writer, with a major in English and a minor in history. I have been writing poetry consistently since my senior year of high school and have since published three poetry books and three novels. I have also written several songs and a few short stories. I also wrote and published a trilogy of novels, my Troika book series. I am currently working on a large-scale multi-book fantasy series that I am very excited about! Writing is a part of my every day, and I would have trouble finding meaning or the will to keep going without it. View all posts by Aaron Michael Lynn