A brief moment I just captured in the project I am currently working on: 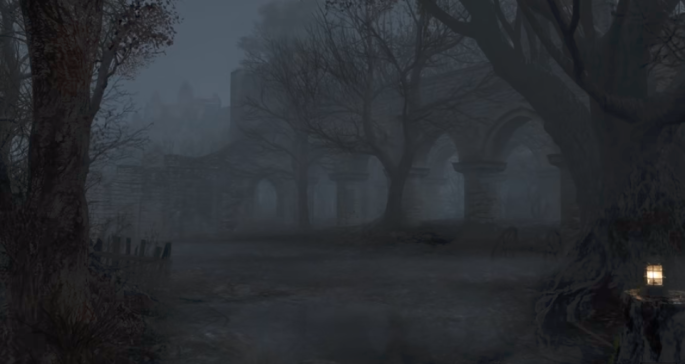 “He found himself inadvertently tiptoeing through the forsaken night. He jumped as a crow squawked from a branch above his head which was echoed back from further into the forest. He could hear what sounded like someone breathing off to his right and then heard the muffled echoes of a distant female voice. If the voice had once been saying words they had long been lost by the time the sound of it found him. He heard it again, a slightly deeper and more sinister voice this time, which seemed to fan across the soundscape of the forest with the force of wind. He felt a similar chill as he had felt on the road before and his arms became lined with bumps. He looked over his shoulders every couple of seconds, losing track of the direction he was walking. He didn’t realize how much the palms of his hands were sweating until he rubbed his fingers against them. Another muffled voice echoed in the darkness, and he couldn’t tell what side of him it had come from; perhaps from all sides. The voices were becoming more frequent and the darkness more overwhelming. He began to feel around as he walked since he was so blinded by the pitch blackness. He felt the mosses of an old tree with a trunk twice as wide as him. Just as he took his hands off of the tree he heard a voice so loud it caused him to shrink down and put his hands over his ears. It sounded like the audible memory of someone tortured long ago, trapped in a moment of unimaginable suffering.”